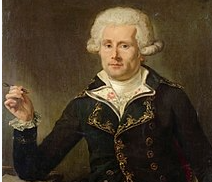 You are all advised that on Saturday 2nd July 2022 is a gazette Public Holiday in the Autonomous Region of Bougainville to mark the 254th Anniversary of Louis Antoine de Bougainville.

Because the holiday falls on a Saturday then Monday 4th July 2022 shall be taken as a public holiday in Bougainville.

Bougainville got its name from a French navigator called Louis-Antoine de Bougainville who sailed into the Pacific Ocean and settled at the French Bay, thus gave the name to the island.

His widely read account, Voyage autour du monde (1771; A Voyage Round the World, 1772), helped popularize a belief in the moral worth of man in his natural state, a concept of considerable significance in the French thought of his day.

He was an aggressive navigator that sailed through the open Pacific Ocean and claimed many islands in the Pacific that are also connected back to the explorer.

Bougainville became famous because of the explorer Louis-Antoine de Bougainville’s expeditions and voyages into the Pacific Ocean. The Bougainvillea flower is also named after him.

Bougainville was born in Paris, the son of notary Pierre-Yves de Bougainville (1688-1756), on either 11 or 12 November 1729. In early life, he studied law, but soon abandoned the profession. In 1753 he entered the French Army in the corps of musketeers. At the age of twenty-five he published a treatise on integral calculus, as a supplement to Guillaume de l'Hôpital's treatise, Des infiniment petits.

In 1755 he was sent to England as secretary to the French embassy in London, where he was made a member of the Royal Society.