President Toroama: We all have a duty to Bougainville 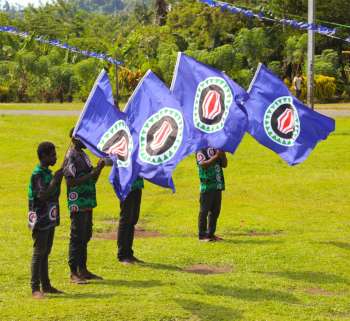 Bougainville President Ishmael Toroama was in Arawa for the celebrations where he was the keynote speaker.

He said their sacrifice made possible the existence of the Autonomous Bougainville Government and the legal framework that preceded the ABG and allowed it’s creation.

“In the present my government has finally positioned Bougainville ready to attain independence but doing so through the established legal process,” President Toroama said.

“However, this does not mean our people can suddenly become complacent. We all have a duty to Bougainville and to honor the blood that was spilled on our island to work with our government to achieve political independence,” Toroama said.

“There are a lot of people who are fond of asking where the government is up to with its development priorities and independence readiness but I turn to you and ask you, Na yu nap where?” Toroama said.

On June 15th 2005 the first Bougainville House of Representatives was sworn in with the Late Joseph Kabui as President and witnessed by then Prime Minister the Late Great Grand Chief Sir Michael Somare.

This gave birth to the autonomous arrangements that have since been in place on Bougainville.