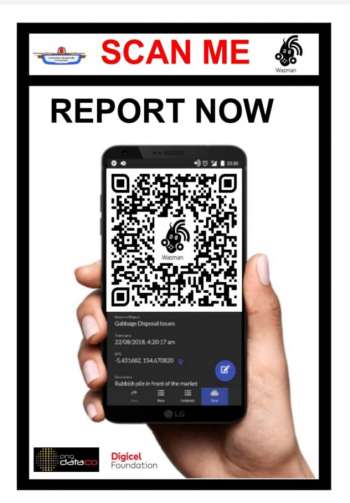 The Law and Justice Sector have tapped into Internet and Communication Technology (ICT) to address corruption in the Autonomous Region of Bougainville (ARoB).

This is an innovative approach which the Minister for the Law and Justice Hon. Emanuel Carlos Kaetavara has taken to encourage the public to use the wasman app to make a report on corruption.

This is a step forward in encouraging democracy in the region and it supports the whistle blowers act that was passed in the National Parliament in 2021.

The whistle blowers Act protects the rights of an individual who wants to stand up against corruption and speak openly about government services that have failed in Papua New Guinea and that the government should make investigations on.

Mr Kaetavara said a citizen can use the Wasman app to take a picture of anything that reflects on poor service delivery and crime and they can send the report which will then be received by the Wasman project team who will then compile a report and that report will be presented to the authorities to take appropriate action on the case and for investigation to begin.

Hence, the wasman app will have a data of all the reported cases from the citizens which the law and justice sector will make an investigation on them.

The Wasman app was launched on Friday 29th at the Kuri village resort, Buka and witnessed by police officers, lawyers and invited guests from PNG Dataco, eDidiman and Digicel Foundation.

A panel discussion on the theme the role of ICT in civil engagement, rule of law, democracy and service delivery also had guest speakers from key stakeholders giving their opinion on the use of ICT services on addressing crime in Bougainville.

First Secretary to the office of the Ministry for Law and Justice and founder for eDidiman, Jordan Becks said that the wasman app is still in the development stage however, a citizen can make a report for investigation to take place.

According to Mr Becks the citizen can follow the simple steps when making a report. They can;

He said that by using the Wasman project, the citizens can check the status of their reports and communicate with relevant authorities about the incidents and make suggestions.

Brief background of the Wasman project

The Wasman project is a community service watch program in Buka-AROB, an initiative developed for the everyday citizen, District management team and town council which is focused on building strong communities. This initiative has developed its own application to serve its purpose in the digital transformation era which is the simplest way to “get things fixed.” The web and mobile app services help people and governments build more transparent, collaborative and happy communities.

Citizens can also check the status of their reports communicate with relevant authorities about the incidents and make suggestions and Track Government Service Delivery. Using Wasman, citizens are keeping the Government in check and act as whistle-blowers. By reporting crime issues, awareness can ignite change and help the government to effectively monitor and review current systems and identify any potential loopholes.

The Wasman initiative is supported by the Autonomous Bougainville Government (ABG) and will be deployed in the security sector to actively promote citizenry participation in surveillance and reporting within the Autonomous Region of Bougainville.