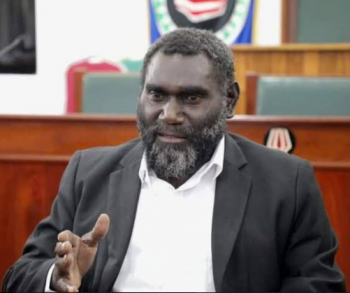 I have received the petition by leaders supposedly from North Bougainville who are questioning the integrity of my government and the decisions that I have made as President regarding the appointment of Accuministers of my cabinet in the Bougainville Executive Council.

Section 81 of the Bougainville Constitution states that the three Regional Parliamentary Committees will recommend five nominees each for the President to consider for cabinet posts.

The President appoints two ministers from each region from the regional nominations.

Under Section 80 of the Bougainville Constitution, it states that the women leaders of the BHOR elected to represent the interest of women or from the constituencies must also nominate a candidate for the President’s approval.

It is saddening to think that in this day and age of enlightenment and progressive thinking we still harbor archaic chauvinists. The petition incorrectly implies that the process of selecting any woman for cabinet posts will depend on the recommendation process.

It is even sadder that this petition would go further to tarnish the reputation of the Minister for Lands and Physical Planning Hon. Amanda Masono based on unfounded allegations.

Based on legal advice Mr. Wesley Kenneth was appointed to the Bougainville Independence Mission Advisory Team (BIMAT). This also applies to Mr. Ray Himata who is the First Secretary to the Minister for Community Development Hon. Morris Opeti.

If the people of North Bougainville as well as the rest of the region deem my leadership unsatisfactory then it is your prerogative not to return me to office through the legal process of an election.

However, I will not stand aside and be accused by selfish leaders who lack maturity and intellect, of promoting dictatorial leadership and breaching the Constitution of Bougainville.

My reputation speaks for itself as a former combatant and peace builder. To act in such a manner would be to go against everything I believe and stand for as President of Bougainville.

I want to urge the people of North Bougainville not to succumb to leaders who are unprincipled and lack the moral compass to take responsibility for their actions.
These are the very persons who are bargaining your rights and freedom to become independent for their own selfishness and hunger for power. They talk about protecting the Constitution but then want to incite disunity and instability on Bougainville by threatening not to support our independence mission.

The Bougainville Independence Mission is our mission as one Bougainville people. Do not let our resolve be compromised by self-serving individuals who hide under the pretense of leadership.

I want to assure the people of Bougainville that I have the full support of the Northern Bloc of leaders as well as the Bougainville Executive Council. They remain steadfast and fully committed to the Toroama Nisira Government.